Why Do Teeth Experience Gum Infections?

It is common to see the third molars being the focus of an infection, whether visible or not. 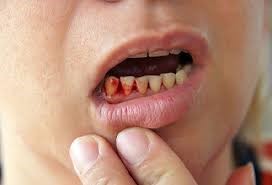 THE MOST COMMON SIGNS OF INFECTION ARE:

o             swelling of the gum (swelling) or an abscess surrounding the tooth or that is located in the back of the mouth. The person may even sometimes have difficulty swallowing, be swollen near the eye or have a congested nose due to swelling in the gum;

o             swollen glands in the neck, when the person is not already suffering from another disease;

It should be noted that if an infection associated with a wisdom tooth, or any other tooth, spreads, it can generate various symptoms far from the focus of infection and cause other symptoms. In the most severe cases, systemic problems can occur, such as a blood infection (bacteremia, sepsis, etc.) which can cause death.

o             The presence of a more or less large and painful bump in the mouth or visible on the face, either around a wisdom tooth which has erupted or which is included. Besides, it is not uncommon to see cysts or benign tumors around an included wisdom tooth.

A pain in the cheeks , especially if the wisdom teeth grow so that their crown tip to the outside of the jaw and that irritates the inside of the cheek or there is the presence of swelling or a cyst on the side of the cheek.

o             A limitation of mandibular opening , that is to say when a person has difficulty opening the mouth while he or she normally opened it or difficulty chewing, especially in the back of the mouth.

o             A stiff jaw is often felt, as well as the inability to close the teeth completely together, while it was possible to do before.

Complete the form and we will contact you regarding your upcoming appointment!